According to data on homeless encampments sweeps that Denver VOICE obtained from Councilwoman Candi CdeBaca’s (District 9) office, nearly 90% of the sweeps that occurred between April 6—the day it was announced Denver would host the midsummer classic—and July 1 occurred at camps located along roads and multiuse pathways leading to Coors Field.

To make this determination, Denver VOICE cross-referenced the sweep data with documentation of each sweep posted on Denver Homeless Out Loud’s (DHOL) Facebook page. Denver VOICE used DHOL’s documentation to determine geographical markers that could be used to better determine the locations of the sweeps and plot them on a map. In instances where an exact address could not be obtained, we used the address of a neighboring business, building, or used the closest intersection to the sweep.

Only sweeps that could be verified with DHOL’s video or photographic evidence were included in the analysis. Denver VOICE then plotted each location using Google My Maps and compared the locations with transportation routes, bike lanes, walking paths, shuttle service lines, and routes GoGo Charters recommends for charter buses to access Coors Field. We also included the locations of several All-Star Game Weekend events in its analysis.

Through this process, Denver VOICE verified 26 of the 36 sweeps that city data says occurred between April 6 and July 1. After mapping the data, Denver VOICE found that the city focused its sweep efforts in two areas: Civic Center Park and areas of the Curtis Park neighborhood that host some local businesses with national clout.

At the same time, seven of the sweeps occurred close to All-Star Game events despite Mayor Hancock’s claim that the two are unrelated. Six of those sweeps were at Civic Center Park, which hosts the All-Star Game 5K Race and Fun Run and the U.S. Conference of Mayors Play Ball Event on July 10. The other sweep near an All-Star Game event occurred on June 20 at the intersection of 20th St. and Wewatta St. in the shadow of Coors Field.

Denver VOICE’s map also shows that 23 of the 26 sweeps occurred near roadways that pass Coors Field or along multi-modal transportation paths leading to Denver’s downtown core and entertainment districts.

According to the map, 11 of the sweeps occurred along the Broadway and Colfax corridors. These areas are loaded with local flavors from restaurants like City O’ City, Exile Kitchen, and La Loma. They also bisect a dedicated bike lane on E 18th Ave. and bike-friendly roads such as Sherman St. and Grant St.

Five more sweeps occurred in the intersections of Park Ave. West, Broadway, and California St. One of the sweeps occurred in April; three occurred in June, and one in July. This area between Curtis Park and Five Points is resource-rich for people experiencing homelessness. It contains a day work center, a behavioral health clinic, and several service providers.

However, it also contains two dedicated bike lanes across Champa and Stout streets. The area is also near well-known breweries like Great Divide and restaurants like Yazoo BBQ.

At the same time, the area contains three routes that GoGo Charters recommends taking to get to Coors Field from I-25. Those routes include the Blake St., Park Ave. West, or 22nd St. exits. Nine of the documented sweeps occurred along these streets.

Ten sweeps occurred along the shuttle line between the J.W. Marriott in Cherry Creek North and Coors field. The hotel says on their website that shuttles will run at the top of each hour to take guests to the field.

Two sweeps occurred in River North. One was a block away from The Denver Central Market while the other occurred near the 38th & Blake RTD Light Rail station.

None of the sweeps occurred within a half-mile of events such as MLB Jr. Home Run Derby at Metropolitan State University or Day 1 of the 2021 MLB Draft at the Bellco Theatre.

Denver VOICE reached out to Mayor Hancock’s office for comment on the data but did not receive a reply before press time.

For the city’s part, Mayor Hancock told reporters at a press conference on June 30 that Denver “is enforcing the law” as it looks past the pandemic.

As of July 1, Denver has conducted 51 sweeps compared to the 49 it conducted throughout all of 2020. However, the 2020 figures include a three-month gap as the city paused the practice during the pandemic.

But, for outreach workers like Ana Cornelius, with Denver Homeless Out Loud, the way Denver conducts its sweeps is demeaning to all of those involved. She points out that the e fencing used to keep camp residents isolated from the public during the sweeps often is the source of tension between city workers and camp residents, adding, “It’s almost as if nobody likes being caged.” 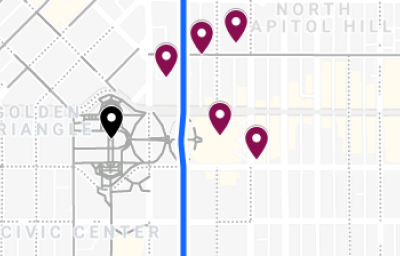 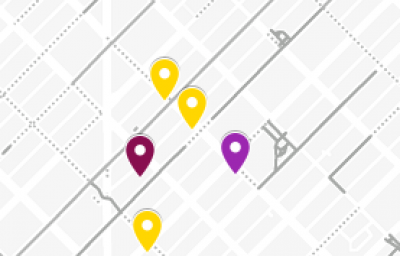