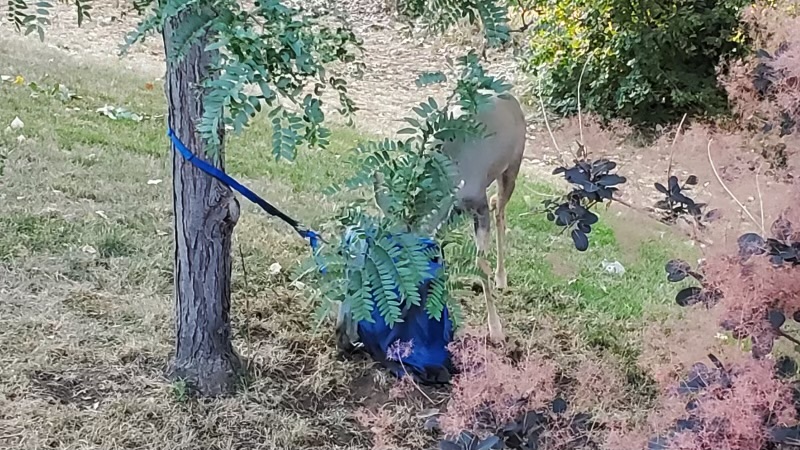 A buck mule deer with its antlers entangled in a hammock in Lakewood Wednesday morning.

LAKEWOOD, Colo. – A buck mule deer became entangled in a fabric hammock early Wednesday morning in a neighborhood near W. Florida Ave. and S. Kipling Pkwy. Colorado Parks and Wildlife officers urge residents to take down volleyball nets, hammocks, swing sets and other items when not in use that deer, elk or moose can get tangled in.Wildlife officers had to cut the buck’s antlers off to free it of the hammock in Lakewood Wednesday. This stressful and exhausting scenario plays out every year across Colorado. Another such incident also took place with a bull elk in Estes Park at the end of August.Over the years, CPW has seen deer, elk and moose tangled with a variety of items, including: tricycles, tires, garden cages, clothes lines, plastic fencing, lawn chairs, playground equipment, soccer nets, Christmas lights and more.  During the fall season, ungulates such as deer and elk will begin their migrations and will be looking for mates during the rut, which is the breeding season. Wildlife entering neighborhoods or visiting homes in rural areas are prone to getting tangled in summer gear left in backyards, or holiday decorations that get put up in the fall and winter.As people begin to hang outdoor decorations, CPW recommends that lights and other decorations be placed above six feet or attached tightly to trees and buildings. Lights that hang low or that are draped insecurely over vegetation can get tangled easily in antlers.Wildlife officers can often help tangled deer when promptly notified. But every year, CPW gets reports of deer and elk that have died after becoming stuck in fences or in items that prevent them from eating.The buck in the hammock Wednesday morning in Lakewood was entangled for two hours. It had broken one of its antlers at the skull and had an injured eye from the incident, but despite the exhaustion from the ordeal, it has the opportunity now to recover thanks to the resident that reported it to CPW.CPW recommends residents report any wildlife that become entangled in their yard immediately and do not try to intervene themselves. That could result in injury to the person, or make the situation worse for the animal that is entangled. Residents in the Front Range can call CPW’s Denver office at 303-291-7227 to report entangled wildlife, or if elsewhere in the state they can look up their local CPW office on our website. If it is after hours when offices are closed, residents are asked to call Colorado State Patrol at 303-239-4501 and ask for the on-call wildlife officer.If you see deer, elk, moose or bighorn sheep at this time of year don’t try to get closer to them in order to take a better picture. They are wary and will burn energy to move away, or could become irritated by your presence and charge at you or your dogs. Observe them from a safe distance and let wildlife be wild.For more on living with wildlife, please visit us online.Photo below showing how the bucks antlers were entangled in the hammock (courtesy of Jason Clay/CPW). A video is available on Twitter at @CPW_NE. 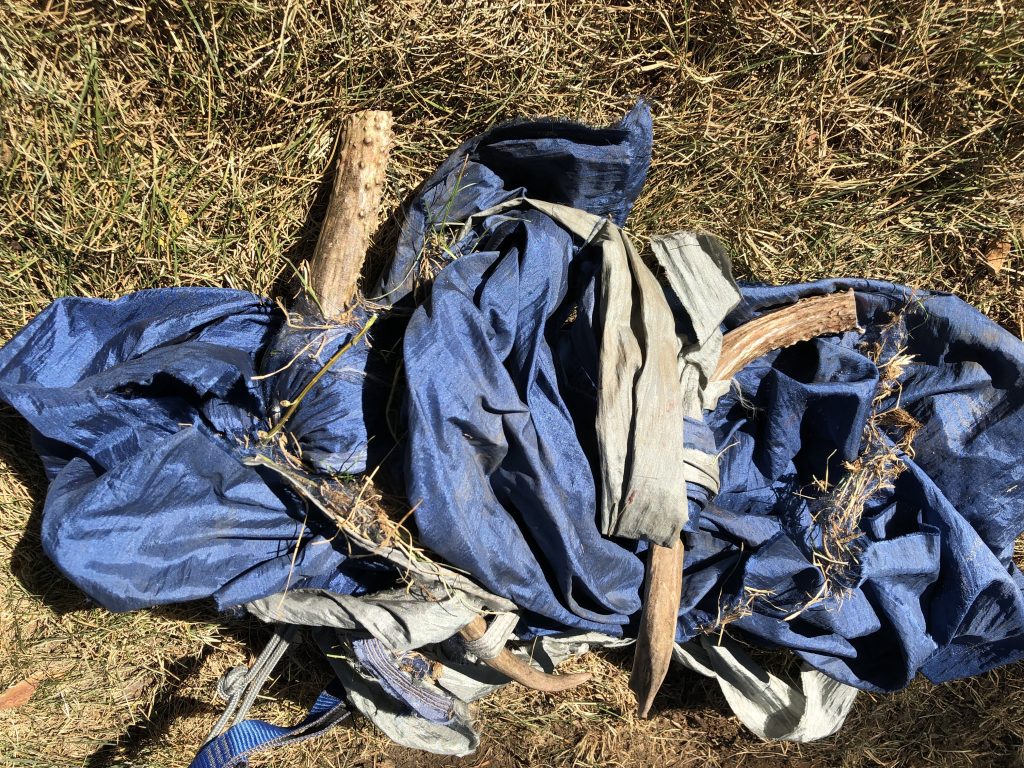 Want to live a truly “remote” lifestyle? By “remote,” we don’t mean working wherever there’sRead More