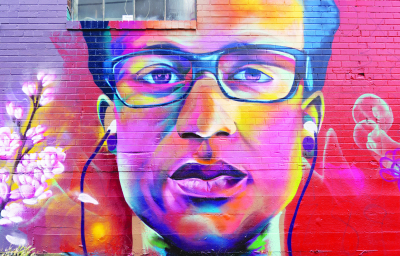 AURORA | Seven months after it was announced, lawmakers and the public will hear the results of the city’s independent investigation into the death of Elijah McClain on Monday.

City council members will also pick from a slate of candidates vying for two spots on the city’s Civil Service Commission, a powerful board that has final say over the Chief of Police on cop hiring and firing matters.

The special meeting on McClain’s death will be held virtually at 5 p.m. on Feb. 22. The public can stream the meeting online at www.auroratv.org or by watching AuroraTV on Channel 8. The regular meeting, which includes the Civil Service Commission vote, starts at 6:30 p.m.

The report is expected to be released to the public sometime Monday morning, several hours before council members receive their briefing, according to a city spokesperson. A press conference with investigators as well as local police and fire officials is scheduled for Tuesday morning.

McClain died in Aug. 2019 after an encounter with Aurora police officers and Aurora Fire Rescue first responders, who subdued him with now-banned restraints, including a ketamine injection and a carotid chokehold. Amid a swelling protest movement for McClain and his family, council members announced in July the city would conduct an independent investigation.

Officials hired a team of outside consultants to scrutinize first responders’ conduct when they stopped McClain.

This probe, which is led by civil rights attorney Jonathan Smith, doesn’t bring the possibility of criminal charges against the first responders — a prominent demand from McClain’s family and activists — but other ongoing investigations do.

Smith and his team have focused on “a review of relevant policies, procedures and practices” on first responders’ ketamine use, use of force policies and internal reviews of incidents like McClain’s arrest and subsequent death. They’ve investigated whether police and first responders violated city policies during the encounter.

Aurora Fire Rescue personnel administered McClain an dose of 500 milligrams of ketamine. The drug is temporarily outlawed for law enforcement use in Aurora until Smith’s review is complete. His team’s findings could shape a permanent ban.

The review could also come with recommendations of police and fire department policy overhauls. The city’s Police Community Task Force is expected to release its own reform ideas in the coming weeks.

The city council would have to approve any of the reforms proposed by these two groups.

Smith’s inquiry is the first in a slew of investigations related to ketamine use, McClain’s death and Aurora police practices to conclude.

The Adams County District Attorney who originally examined the case, Dave Young, has repeatedly said he didn’t have the evidence to convince jurors that first responders had acted inappropriately beyond a reasonable doubt in the encounter with McClain.

The other investigations into McClain’s death include looks from the state Attorney General’s office and the Department of Justice. Read the full list of ongoing investigations here.

Restoration project to begin on saving the historic Staunton cabin

Staunton State Park is looking for volunteers to participate in the restoration work.

Day plays Holiday in the last years of her life as a haunted and crushed icon, an addict with terrible choices in men but the voice of an angel.