Colorado Has the 15th Highest Share of Snow/Ice-Related Driving Deaths in the U.S.

Travel has been severely impacted by COVID-19. As the holiday season approaches, those who do plan a trip will likely take to the roads rather than the air, in part, to avoid crowds of people. Even though traveling by car reduces contact with other people, it still comes with its own dangers, especially when driving in winter weather conditions such as snow and ice.

Despite a gradual recovery since late March, air travel still remains well below 2019 levels. According to data from the Transportation Security Administration, total traveler throughput dropped precipitously in March 2020 from about 2.3 million travelers per day to fewer than 200,000. As of late October 2020, total traveler throughput across U.S. airports was hovering around 700,000 per day, more than 60 percent lower than the same time last year. 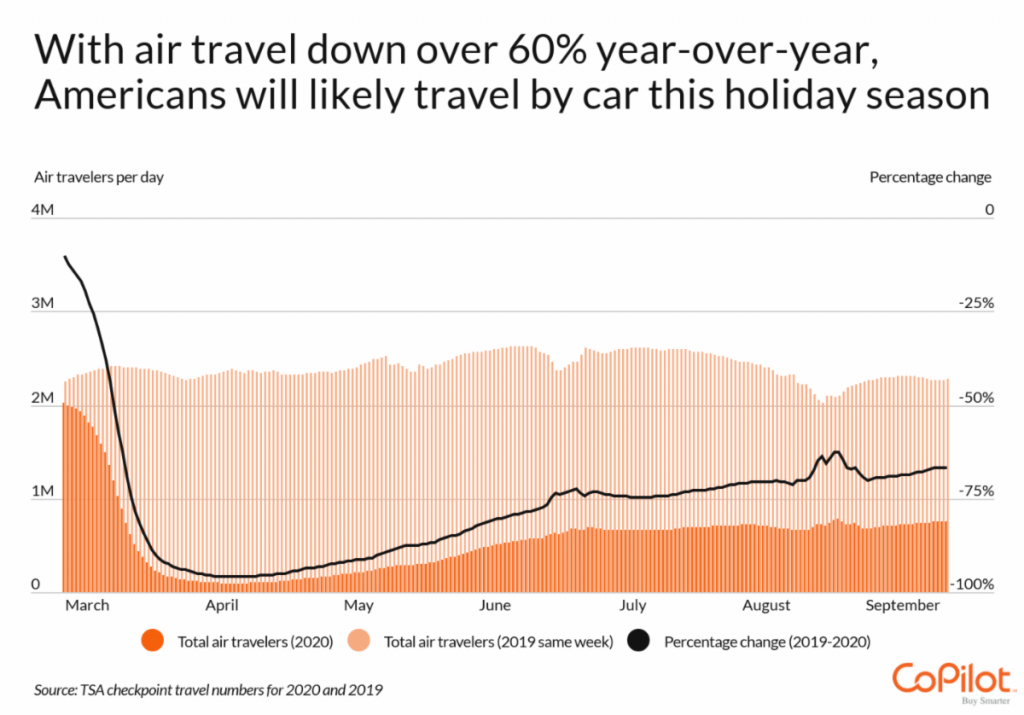 While air travel has declined, driving has become a more attractive mode of transportation. But as winter approaches, many drivers are likely to face adverse road conditions due to snow and ice. In fact, research from the Federal Highway Administration shows that more than 70 percent of the nation’s roads are located in regions that receive at least five inches of snowfall annually. Winter weather is dangerous for drivers because it can reduce visibility, obstruct roads and lanes, and increase the risk of collision due to skidding.

Nationwide, there were 3,760 snow-related driving fatalities between 2014 and 2018. Data from the National Highway Traffic Safety Administration (NHTSA) shows that young drivers are most at risk of getting into a fatal accident during snowy and icy conditions. Between 2014 and 2018, drivers under the age of 21 experienced a snow-related fatality rate of 55.7 per million licensed drivers. This is almost twice the fatality rate of the second-most at-risk age group (drivers over the age of 75) and about five times higher than the fatality rate of the least at-risk group (drivers aged 35–44). 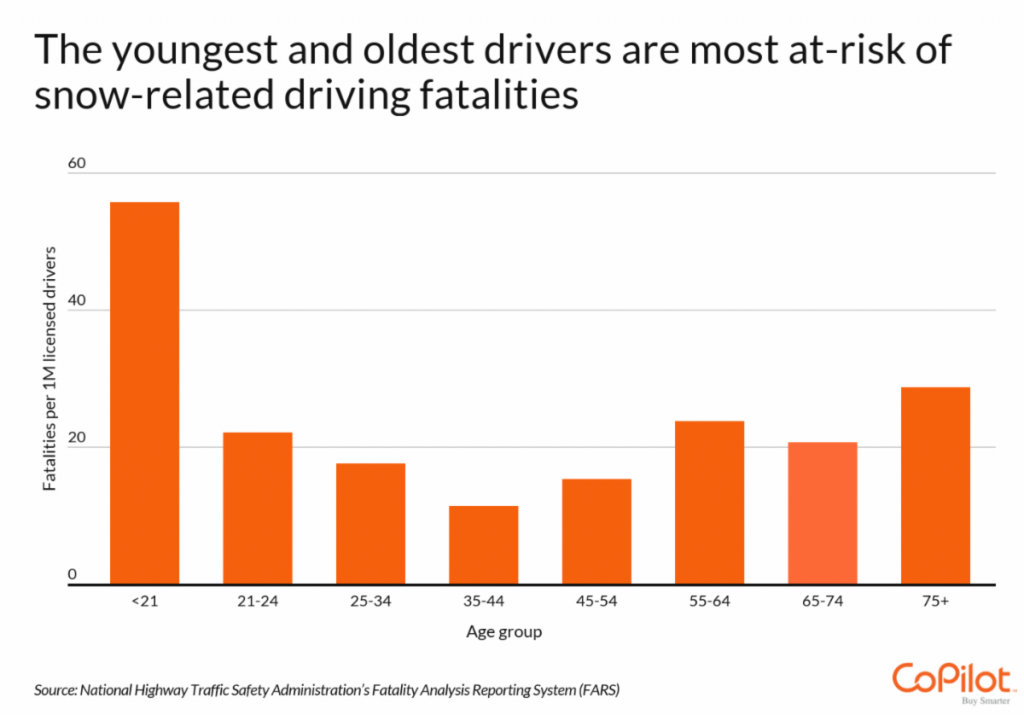 While winter road conditions are only responsible for 2.6 percent of road fatalities nationally, there is significant variation at the state level. To find which states have the most snow-related driving fatalities, researchers at CoPilot analyzed data from the NHTSA’s Fatality Analysis Reporting System (FARS) for the period of 2014 to 2018. They calculated the percentage of all vehicle occupant fatalities that occurred on roads with snow or ice at the time of the crash.

Not surprisingly, states with lower average winter low temperatures tend to have higher percentages of driving fatalities related to snow and ice. These include Northern and Midwestern states such as Alaska (-3.6 degrees), North Dakota (0.6 degrees), and Minnesota (0.6 degrees). Colder average winter low temperatures for the months of December, January, and February also indicate longer winters, or larger portions of the year when a driver is likely to encounter winter road conditions. By contrast, Southern states with warmer and shorter winters, such as Florida (47.4 degrees) and Louisiana (40.5 degrees), have very few snow-related driving fatalities. In the worst states, the fatality rate is between two and ten times higher than the national average, while in the best states, the snow-related fatality rate is below 1 percent. 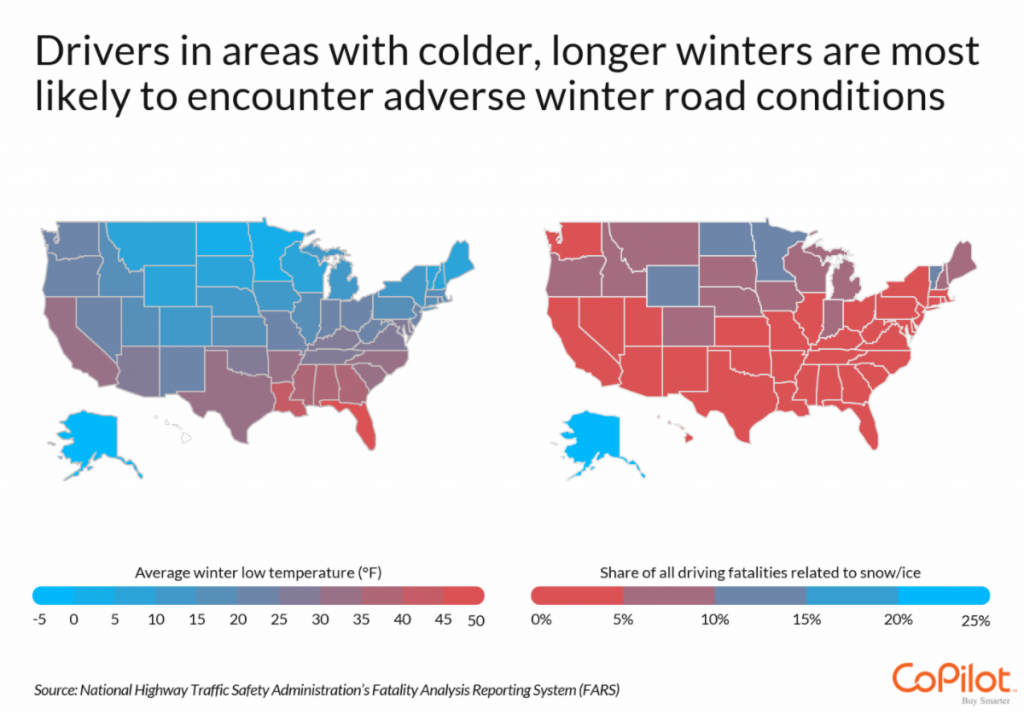 The analysis found that in Colorado, 5.3% of all driving deaths are related to snow or ice. Out of all U.S. states, Colorado has the 15th highest share of snow/ice-related driving fatalities. Here is a summary of the data for Colorado:

For reference, here are the statistics for the entire United States:

For more information, a detailed methodology, and complete results, you can find the original report on CoPilot’s website: https://www.copilotsearch.com/posts/states-with-most-snow-related-driving-fatalities/ 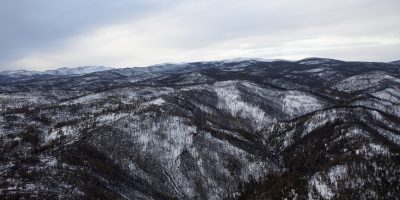