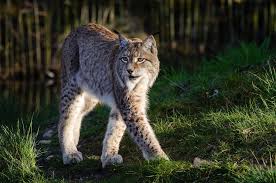 MISSOULA, Mont.—Wildlife advocates filed a lawsuit against the U.S. Fish and Wildlife Service (USFWS) on July 1 over its failure to take any action in response to a 2016 court order striking down the agency’s exclusion of Canada lynx habitat in the species’ entire southern Rocky Mountain range from designation as critical habitat. This habitat is essential for the wildcat’s recovery.

“Lynx were virtually eliminated from Colorado in the 1970s as a result of cruel trapping, poisoning, and development that lay waste to their habitat,” said Lindsay Larris, wildlife program director at WildEarth Guardians, based in Denver.  “Despite efforts to reintroduce these elusive cats to their native habitat from 1999 to 2010, without federal critical habitat protections, the lynx may never truly have the opportunity to recover in the Southern Rockies.”

Critical habitat is area designated by the federal government as essential to the survival and recovery of a species protected by the Endangered Species Act (ESA). Once designated, federal agencies must make special efforts to protect critical habitat from damage or destruction. In 2014, USFWS designated approximately 38,000 acres of critical habitat for threatened lynx, but chose to exclude the lynx’s entire southern Rocky Mountain range, from south-central Wyoming, throughout Colorado, and into north-central New Mexico. These areas are vital to the iconic cat’s survival and recovery in the western U.S., where lynx currently live in small and sometimes isolated populations.

“Nearly four years later, the Fish and Wildlife Service has not lifted a finger to comply with the court’s order to reexamine the Southern Rockies for critical habitat designation for lynx,” said John Mellgren, attorney at the Western Environmental Law Center. “A federal judge unambiguously ordered the Service to fulfill its mandatory duties under the ESA related to potential critical habitat for lynx in the Southern Rockies, and the Service has not done so. Colorado, in particular, is full of excellent lynx habitat that deserves a heightened level of protection to help foster lynx recovery.”

Perplexingly, USFWS’ latest designation decreased existing protections by 2,593 square miles compared to a 2013 plan. In doing so, USFWS excluded much of the cat’s historic and currently occupied, last best habitat in the southern Rockies and other areas from protection. In its 2016 order, the court found USFWS failed to follow the science showing that lynx are successfully reproducing in Colorado, and therefore excluding Colorado from the cat’s critical habitat designation “runs counter to the evidence before the agency and frustrates the purpose of the ESA.”

The July 1 court challenge seeks to install hard, legally binding deadlines for USFWS to publish a lynx critical habitat rule, along with frequent progress reports, also legally binding, due to the agency’s long record of negligence and delay on the subject of Canada lynx recovery actions. 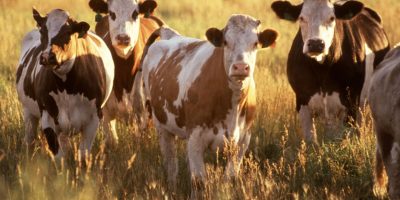 The center, which was announced in December 2019, will address the challenges in bringing animal-based food – in a sustainable and healthy way – through to the next century. 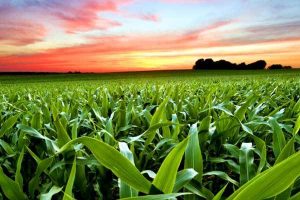 FSA and CSU Team up to Conduct CFAP 2 Webinar