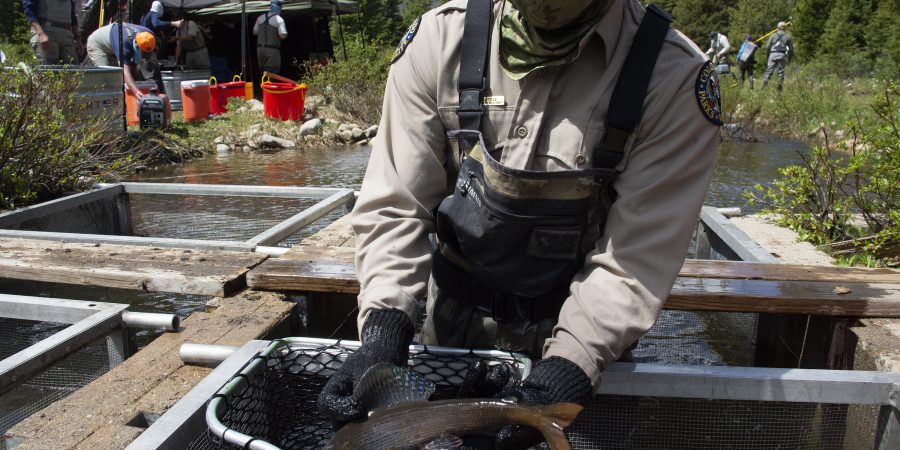 LARIMER COUNTY, Colo. – Just upstream of Joe Wright Reservoir, Colorado Parks and Wildlife aquatic biologists, technicians, researchers and hatchery personnel conducted its annual spawning operation for a fish that most Coloradans might be surprised to find here in the Rocky Mountains.

Arctic grayling were first stocked in Colorado in the late 1890s, but it wasn’t until the mid-1960s that CPW had success with a self-sustaining population.

This year’s arctic grayling spawning operation was conducted June 23 on Joe Wright Creek. Aquatic biologists from CPW’s Northeast Region have been coming to this spot every year since 1994 to collect and fertilize grayling eggs to deliver to the Glenwood Springs State Fish Hatchery. The annual egg request has ranged from 100,000 to 275,00 grayling eggs over the last decade, with 100,000 eggs needed for 2020.

“They will get stocked out at various lakes throughout the state,” Aquatic Biologist Kyle Battige said. “It depends on the year, but we generally stock between 5-10 lakes around the state of Colorado with grayling.”

The goal of the 2020 spawn was to catch around 100 ripe females via electrocking near the creek’s inlet to the reservoir to meet the established egg quota. However, the spawning operation entails far greater numbers of fish.

“In the quarter-mile of stream we shocked today, we caught almost 1,000 grayling,” Battige said. “Arctic grayling are not native to Colorado, the fish here in Joe Wright Reservoir originally came from Montana. They’ve been in Joe Wright Reservoir for about 30 years, we have been spawning them for over two decades now and there is an annual spawning run that is just a spectacle to see.”

“Grayling do really well in Joe Wright Reservoir and Creek because it is crystal clear, great mountain water with appropriately-sized spawning gravel,” Battige said. “They run up the creek out of the reservoir towards the end of June every year, spawn, and then migrate back downstream to the reservoir where they spend the other 11 months of the year.”

The fish that are caught via electroshocking are sorted by males and females into holding nets on the creek. The females are massaged and stripped of their roe, or eggs, and the males of their milt, or semen, which are then carefully mixed in plastic tubs with filtered creek water. Once fertilized, the eggs are sent to the Glenwood Springs State Fish Hatchery.

The fertilized eggs will be hatched and raised at the hatchery then stocked out in the fall as one to two inch fish.

Grayling are in the salmonid family – they are related to trout – and have tasty white meat. CPW has always made an effort to offer anglers a wide variety of fishing opportunities when it comes to sport fish, and the arctic grayling is rather extraordinary.

“They are really pretty fish, but don’t get that big in Colorado,” Battige said. “A really big grayling in Colorado would be around 16 inches, but they just provide a unique angling opportunity. They are a lot different than a rainbow or a brown trout. The males this time of year have an elongated dorsal fin that gets really colorful.”

Other grayling waters across Colorado include Pearl Lake north of Steamboat Springs, Silver Lake and Bonham Reservoir in Mesa County and Pomeroy Lake near Salida.

The Colorado Fishing Atlas, the latest interactive mapping tool offered by CPW, allows users to search for fishing opportunities by species, specific interest or proximity to your home or destination. 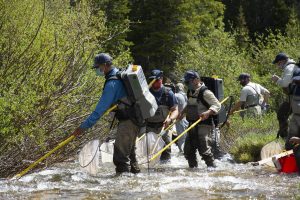 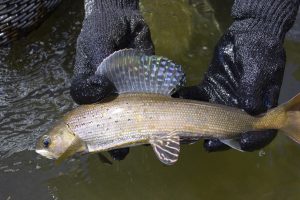 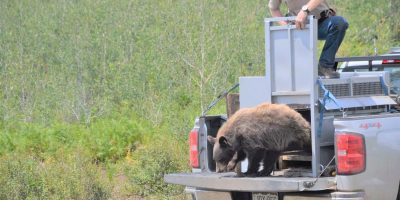 A bear injured in a forest fire in June near Durango was released back into the wild on Monday. Images below show the bears feet when it was found and with bandages applied at CPW’s Frisco Creek facility. 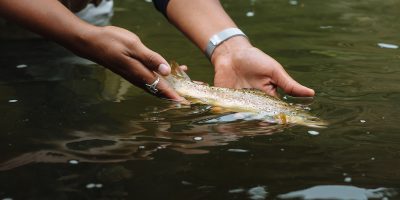 Anglers asked to curtail fishing on some southwest Colorado Rivers

Anglers are being asked to curtail fishing early in Southwest Colorado.