ADAMS COUNTY – Investigators with the Colorado State Patrol are seeking a suspect vehicle involved in a hit and run crash that sent a pedestrian to the hospital.  At approximately 5:27 AM on Sunday, May 17th, a 61 year old male from Arvada was crossing in the south crosswalk walking westbound at Federal and W. 64th Ave. A vehicle that was westbound on W. 64th began to turn left (southbound) onto Federal when it struck the pedestrian.  The vehicle then hit a traffic sign and left the scene, southbound on Federal Blvd.

The 61 year old pedestrian was transported to Denver health via ambulance with serious injuries.

Pieces and paint of the run vehicle left behind on scene are consistent with a red 2005-2010 Dodge Dakota pickup truck.  Nearby security footage showed a matching vehicle southbound on Federal minutes after the crash.  The truck should have damage to the front right and missing its passenger side mirror. 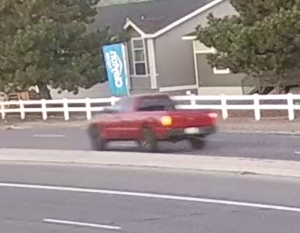 « Gov. Polis, Colorado Communities Come Together in Day of Remembrance for Coloradans Lost to COVID-19 (Previous News)
(Next News) USDA Teleconference on Impact of COVID-19 on Beginning Farmers and Ranchers »

Because of the rise in COVID-19 cases, CDPHE urges all Coloradans to avoid in-person interactions with people from other households. Coloradans should also wear a mask and physically distance when participating in essential in-person activities that cannot be done remotely. 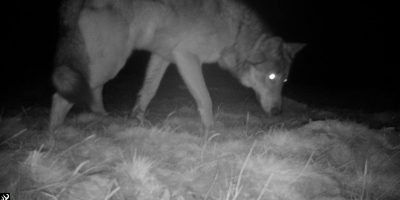 The gray wolf remains under the management control of the U.S. Fish and Wildlife Service until at least January 4, 2021, when the proposed removal of Endangered Species Act (ESA) protections would take effect. At this time, CPW continues to monitor the area and take sighting reports and game camera images from citizens, sportspersons and others on the ground.