The wait is over. For those hoping to thaw out from winter’s chill, AccuWeather’s annual spring forecast is here. Though Punxsutawney Phil recently declared the end of winter, AccuWeather meteorologists largely disagree and are calling for the current season to drag on across much of the United States, possibly even beyond the official beginning of spring.

Mild air will be slow to arrive in the Northeast, Great Lakes and Ohio Valley this year, as the chance for snow lingers into mid-spring. Meanwhile, the Southeast will brace for a wet and stormy couple of months.

The season will be split in the West as some areas will experience a prolonged winter season and others may seemingly skip the season altogether and jump ahead to summer.

Take a look at the complete region-by-region breakdown below: 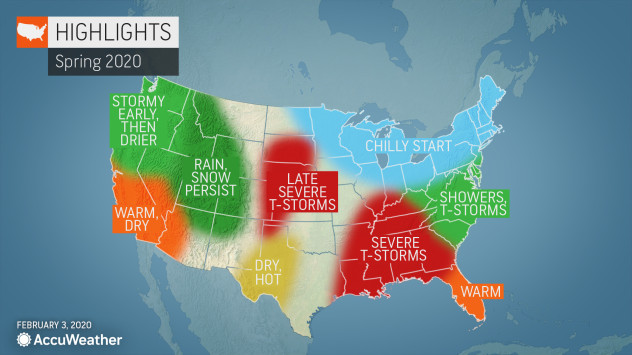 Spring will seemingly get off to a late start this year as winter weather stretches into late March for the Northeast, Great Lakes and Ohio Valley.

“It looks to me like cold and snow combined could linger this year before we see a break by mid-spring,” AccuWeather Expert Long-Range Meteorologist Paul Pastelok said.

The delayed warmth will be good news for ski resorts, particularly in Vermont, New Hampshire and Maine, where snow cover will persist the longest.

The I-95 corridor from Washington, D.C., to Boston is more likely to have rain mixed with snow, similar to what the region has experienced during much of the winter.

For most of the regions, temperatures will start to climb in April. However, a few cold spells are possible in the Upper Midwest and Northeast in May, preventing a rapid change to summer.

Toward the end of spring, severe weather events will become more frequent in the Northeast and mid-Atlantic. Pittsburgh, Cleveland and Philadelphia may be in the line of fire, Pastelok said.

Meanwhile, rain may lead to planting delays in the eastern Ohio Valley, Tennessee Valley and Southeast.

A wet weather pattern is in store for the Southeast this spring, with most of the rain falling in the first half of the season.

“We’ve already seen a pretty active southern jet stream with a lot of storms. I think that continues into the spring season and that’s going to lead to some flooding,” Pastelok said.

Severe storms will frequent the Gulf states and the Tennessee Valley, particularly during late March and April. Warm Gulf waters paired with an active storm track could lead to a couple of big events for the regions, including cities like Atlanta, Birmingham, Alabama, and even Jackson, Mississippi.

As May rolls around, a quieter weather pattern will replace the wet and stormy conditions. 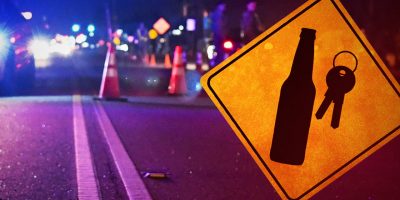 STATEWIDE — Summer plans may be different this year with many large gatherings canceled, however,Read More