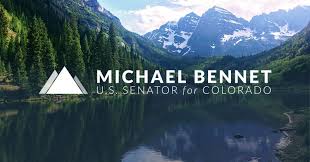 Washington, D.C. – Colorado U.S. Senator Michael Bennet sent a letter to the Trump administration addressing its inadequate commitment to securing U.S. competiveness in artificial intelligence (AI). Bennet’s letter, addressed to U.S. Chief Technology Officer Michael Kratsios, is in response to the regulatory principles for AI the administration released earlier this month. In the letter, Bennet criticizes the administration’s “light touch” approach and cites its policies with respect to scientific research, education, workforce training, and immigration as damaging to U.S. leadership in AI.

“U.S. competitiveness in AI is an economic and national security imperative. The administration’s current policies, however, are insufficient to achieve it. The principles released this month reflect an approach from this administration that assumes minimal federal guidance and investment are sufficient to secure U.S. competitiveness in AI,” wrote Bennet. “The administration’s new principles for AI represent little more than gauzy generalities when America’s competitiveness and security demand a comprehensive, forward-looking, and well-resourced approach consistent with our values.”

The text of the letter is available HERE and below.

Earlier this month, the administration released regulatory principles to govern the development of artificial intelligence (AI) in the private sector. U.S. competitiveness in AI is an economic and national security imperative. The administration’s current policies, however, are insufficient to achieve it.

The principles released this month reflect an approach from this administration that assumes minimal federal guidance and investment are sufficient to secure U.S. competitiveness in AI. At first, the administration refused to develop a national strategy for AI, only later reversing course with the “American AI Initiative” Executive Order. Although the proliferation of AI-related efforts across the executive branch, especially in the Departments of Defense and Energy, are welcome, they still lack the long-term vision and resources needed to secure U.S. competitiveness.

The White House principles are the latest example of this insufficient approach. Although they attempt to provide a national regulatory framework to preempt a patchwork of state and local policies, they are so vaguely constructed that they could perversely increase local regulations, hurting both industry and innovation. At the same time, the principles are so vague as to justify potentially unlimited legal challenges from industry groups while giving the White House an effective veto over any proposed agency regulation. The broad principles also fail to reflect the wide range of AI technologies.

Although summary principles are necessarily reductive, certain omissions are hard to overlook. The principles make only passing reference to privacy protections. They include just a cursory discussion of Americans’ civil rights. The principles also reference no effort to coordinate AI policy with allies and partners around the world, echoing the administration’s unilateral rejection of the G7’s Global Partnership on AI in 2018. The U.S. cannot lead the world in AI if we do not engage it. Worse, our isolation risks allowing China to set AI standards and norms across the globe for a generation.

More broadly, it is hard to take seriously the administration’s commitment to U.S. competitiveness in AI when it has proposed sharp cuts to federal investment in science and research. The administration’s budget for 2020 proposed billions in funding cuts for the National Science Foundation (NSF), which would have resulted in thousands fewer grants for vital research. Although the administration has told agencies to prioritize AI research and development, it has failed to set spending targets, establish metrics, or allocate additional funding.

The administration has also failed to adequately educate our future workforce for success in integrating AI. The National Science & Technology Council released a “Strategy for STEM Education” report calling for a $4 billion investment, but the administration failed to follow-through by pushing for a commensurate budget. Positive steps, such as the 2017 presidential memorandum devoting $200 million in Department of Education funds to STEM and computer science annually, are helpful but still far short of workforce needs. Similarly, although the administration’s renewed focus on computer science education is welcome, what is required is a specific focus on developing AI skills for learners from all stages and backgrounds to ensure the opportunities from AI are broadly shared.

The administration has also not taken adequate steps to help today’s workers attain stability and mobility as technologies like AI change the nature of work. According to the Brookings Institution, 36 million workers will face high exposure to automation in the coming decades. The successful integration of AI in the workforce requires significant investment in reskilling workers, increasing access to accelerated learning and certifications, and improving alignment between traditional education and employer needs. Although the President signed an executive order in 2017 to “create apprenticeships for millions of our citizens”, not a single one has been created to date.

Similarly, the administration’s immigration policy is at war with America’s AI needs. Today, foreign nationals comprise more than half of our top AI talent. International students represent nearly four-fifths of our full-time computer science graduates, and immigrants found a quarter of our technology start-ups. Last year, a study by Deloitte projected that we will need 3.5 million STEM jobs by 2025, two million of which will go unfilled in 2025 because of a skilled labor shortage. Despite the clear need, the administration has doubled denial rates for high-skilled, H-1B visas, doubled processing delays for citizenship applications, and ramped up visas fees. The world’s top talent have received the message: the rate of international students enrolling in our colleges and universities has fallen more than 10 percent in recent years. The desire of immigrants to live and work in America is one of our greatest assets in our pursuit of AI leadership, and this administration has taken every opportunity to squander it.

In this light, the administration’s new principles for AI represent little more than gauzy generalities when America’s competitiveness and security demand a comprehensive, forward-looking, and well-resourced approach consistent with our values.

I would like the administration to share its specific plans to develop and implement such an approach and to address the other concerns raised here. I appreciate your attention to this matter. 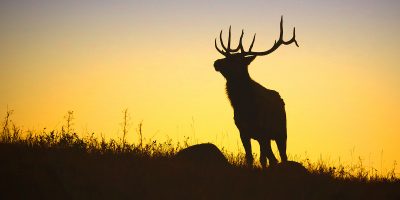 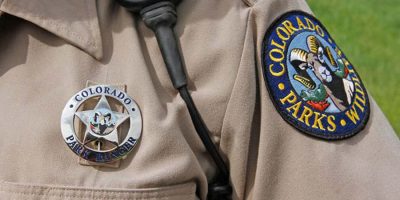