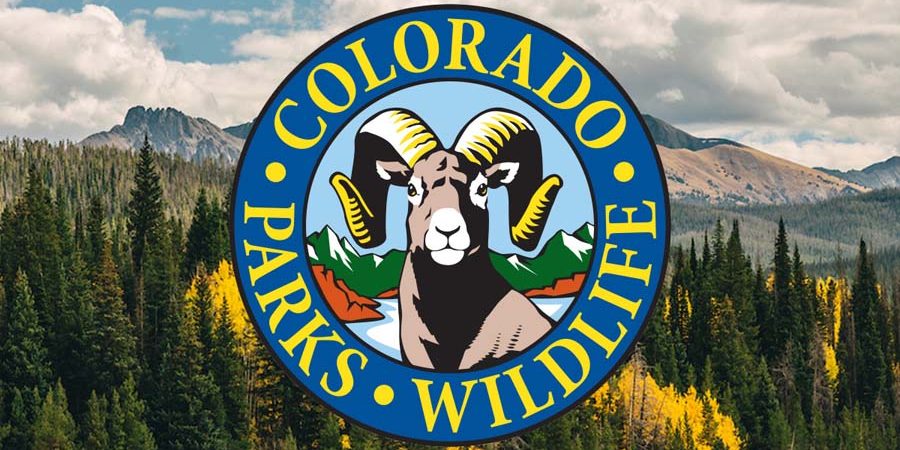 MONTROSE, Colo. – Work to restore wild rainbow trout in the Gunnison Gorge is starting to pay off as the population of the species is slowly increasing, according to surveys conducted recently by Colorado Parks and Wildlife. CPW biologists are hopeful that the success on the Gunnison will eventually help bring wild rainbows back to all Colorado’s rivers and streams.

Rainbow trout once dominated the renowned Gunnison River; but in 1994 CPW biologists found fish there infected with whirling disease and their population drifted toward zero. Brown trout, which are much more resistant to whirling disease, quickly took over and now are the dominant fish in the gorge and many other Colorado streams. Whirling disease infected streams and rivers throughout the state and imperiled rainbow trout populations.

The most significant observation from the Gunnison survey completed in October showed an abundance of “young of the year” fish that hatched in mid-summer and that showed no symptoms of whirling disease. 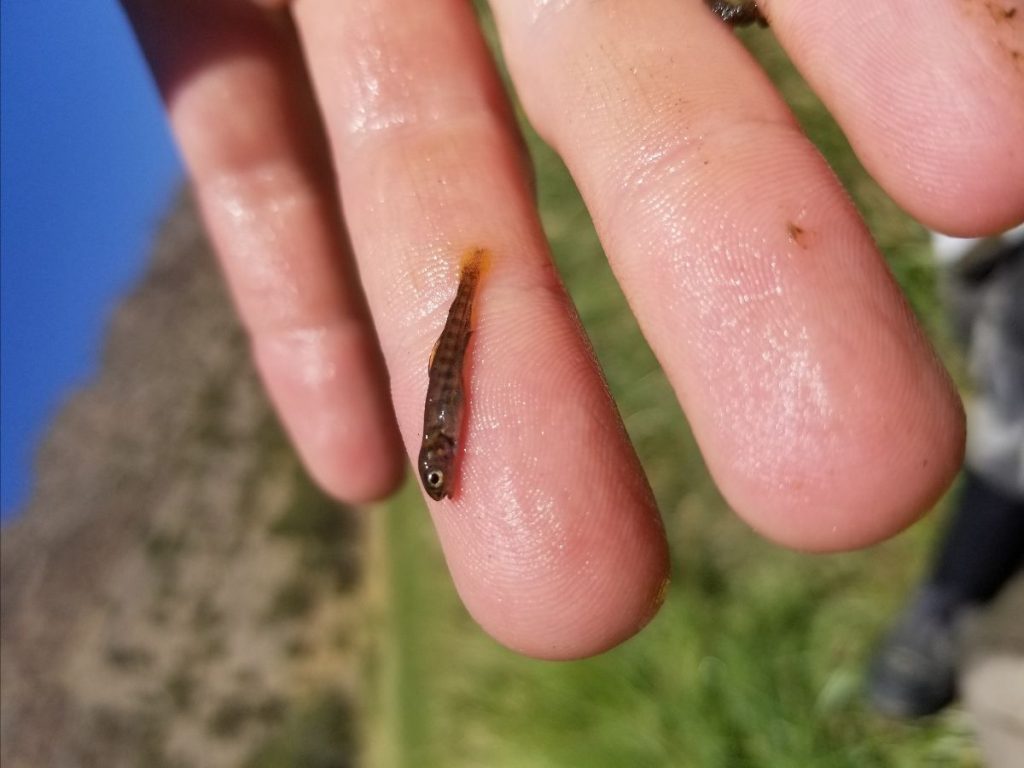 A tiny rainbow trout fry is giving CPW biologists hope that wild fish are reproducing naturally in the Gunnison River Gorge and that will eventually help to restore wild rainbows to rivers throughout the state.

“We found the highest number of rainbow fry we’ve ever seen since the 1990s and they were spread over multiple sites in the canyon,” said Eric Gardunio, aquatic biologist for CPW in Montrose. “We’re seeing natural reproduction throughout the canyon and survival of wild fish in the life stage where they can be affected by whirling disease. It’s very encouraging.”

By comparison, brown trout now number about 5,000 fish per mile.

“It’s a very healthy river, but for rainbows we have a long way to go before we’ll be comfortable saying they are fully recovered,” Gardunio said.

CPW continues to stock whirling-disease resistant rainbows in that section of the Gunnison and at other rivers throughout the state.

The recovery plan for the fish started tentatively in 2003 when CPW obtained a whirling-disease resistant strain of rainbows from a hatchery in Germany. The fish, however, had been hatchery-raised  for decades and were “domesticated”, meaning they had no experience in the wild. CPW researchers crossed the spawn of these fish, known as Hofers, with several other strains of rainbow trout. The crosses showed significant resistance to whirling disease and exhibited a “flight response” when placed in reservoirs.

In the spring of 2007, biologists started stocking the Hofer-cross fry in rivers and reservoirs statewide. Results were mixed throughout the state, but biologists found that the new strains did best in the East Portal section of the Gunnison River where CPW had, for many years, spawned wild trout to supply state hatcheries. That spot continues to be a productive area and rainbows are spawned there every year. They’ve even been given their own name – Gunnison River Rainbows.

Finding the young wild fish downstream in the Gunnison Gorge provides another encouraging sign that the 20-year journey to recover rainbow trout has been worth the effort. The abundance of brown trout, predators that feast on small fish, are perhaps the biggest challenge in the Gunnison and other rivers.

“The wild fry are the best thing for us to see down there,” Gardunio said. “As those fish grow into adults  we’ll have more and more fish and hopefully, a self-sustaining population. We hope to see a continuing gradual increase.”

And if they thrive in the Gunnison, biologists are confident they’ll eventually take hold in big rivers throughout the state. 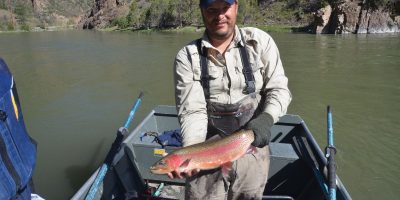 Forests bouncing back from beetles, but elk and deer slowing recovery

New research from University of Colorado Boulder reveals that even simultaneous bark beetle outbreaks are not a death sentence to the state’s beloved forests.