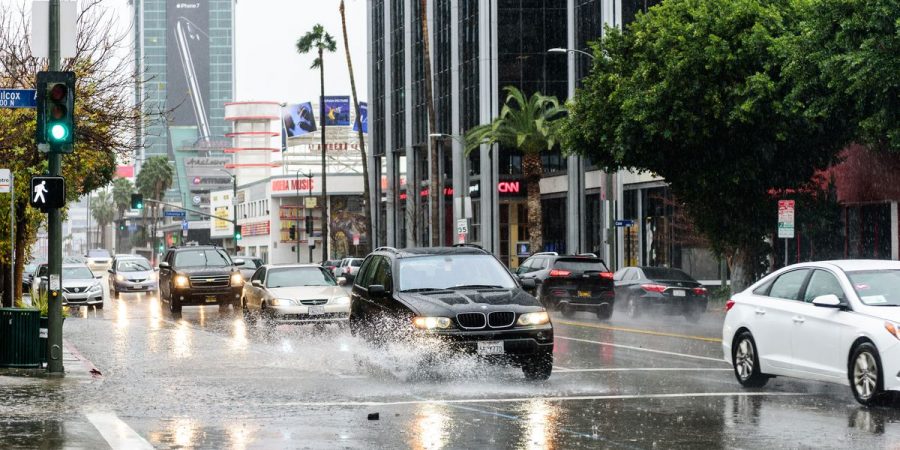 Yet another storm will target Southern California through Christmas, allowing wet weather to linger into the busiest travel day left in 2019.

The storm will spread rain across the San Francisco Bay Area to the Los Angeles Basin from Tuesday night and into Wednesday before it strengthens Christmas night.

While periods of rain occur at the coast and in the valleys, a more wintry feel will occur late on Christmas Day for some of the higher elevations.

“Snow levels will drop as low as 3,500 to 4,000 feet Wednesday and Thursday across Southern California, allowing any rain to change over to snow in the Grapevine,” said AccuWeather Senior Meteorologist Brett Anderson.

The highest elevations may see as much as 12 to 18 inches of snow. 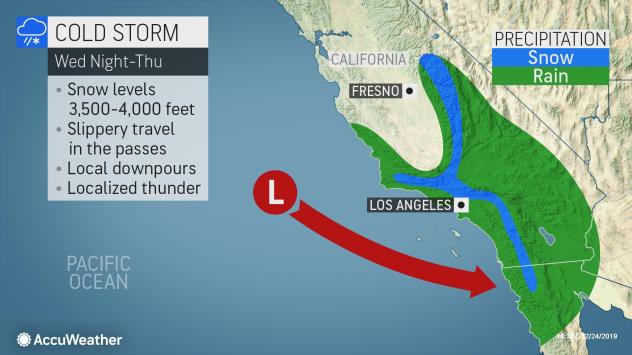 Some of the major passes could have enough snow to cause travel issues, including Tejon Pass along Interstate 5 and Laguna Summit along I-8.

Those planning to travel through these areas should be prepared for delays and have fully winterized their vehicles.

Snow will not be the only precipitation to cause travel troubles through Thursday, as even those at the coast could experience delays.

“Rainfall amounts of 1-2 inches will be possible through Thursday across the L.A. Basin,” added Anderson. An AccuWeather Local StormMax™️ of 4 inches is possible into Thursday evening.

This much rain will bring the potential for ponding on the roadways as well as slower travel. 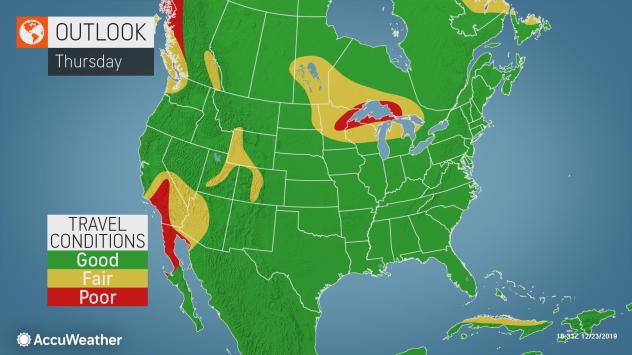 For Southern California, Thursday is expected to be the busiest travel day following Christmas, according to the American Automobile Association (AAA).

The wet weather is likely to add to the congestion for motorists throughout the day.

This storm will move through the southern Rockies during the latter half of the week, and eventually into the center of the country for the weekend.

Meanwhile, California looks to be on the drier side through the end of the year. However, the pattern is setting up in such a manner that at least one more storm could dive across the state before 2020 begins. 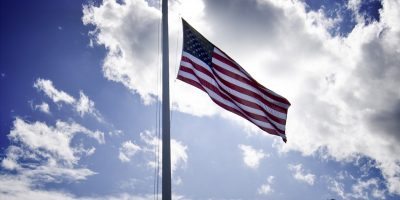