Record-challenging heat to surge, bake southwestern US again next week 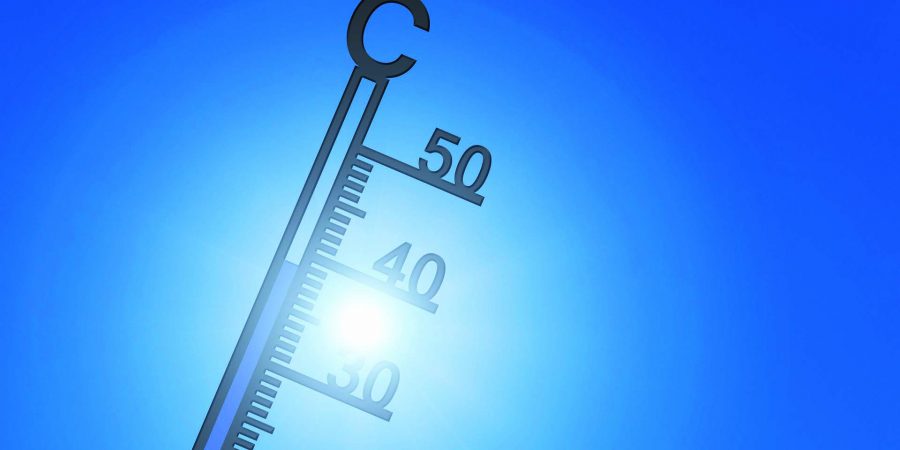 A lack of moisture associated with the North American monsoon will continue to play a role in surges of above-average and record-challenging temperatures in the southwestern United States next week.

Following recent record-challenging heat, temperatures are forecast to throttle back into Saturday, before challenging record highs once again next week in the southwestern United States.

Temperatures peaked in the 110s F over many of the desert areas of the Southwest on Wednesday and Thursday. In many cases, highs were within a degree or two of the record.

A northward bulge in the jet stream, combined with high pressure at the surface, has been responsible for the recent surge in heat.

The jet stream is forecast to flatten southward for a time this weekend.

As a result, temperatures will trend toward seasonable levels for the second half of August on Sunday, which is generally in the upper 90s to lower 100s.

However, the jet stream is forecast to bulge northward once again next week.

Record highs may again be challenged on Tuesday and Wednesday. Highs in some locations such as Phoenix, Las Vegas and Palm Springs, California, to name a few, are likely to be in the 110s.

At this level, temperatures are about 10 degrees above average.

While humidity levels are typically substantially lower than that of the Central and Eastern states, dehydration can sneak up on individuals who do not keep a steady intake of fluids in the extreme heat in the Southwest.

A lack of shower and thunderstorm activity over the region is also contributing to the heat.

While rainfall is typically lean year-round over much of this region, Phoenix has barely received 0.25 of an inch of rain since June 1.

Flagstaff, Arizona, typically receives 4.50 inches of rain by this point of the summer months but has only picked up about 1 inch since June 1.

On average, the North American monsoon delivers scattered downpours on a daily basis over the summer months. However, the monsoon this year has been late, generally weak and inconsistent.

The monsoon season begins on June 15 and ends on Sept. 30 and is associated with a northward expansion of tropical moisture that is brought on by a light southerly breeze.

Looking ahead, there are no signs of widespread shower and thunderstorm activity for the next one to two weeks.

This spells good news for hikers across the region that are planning to summit exposed mountain peaks or hike though slot canyons.

However, there may be a few storms that erupt over parts of the southern Rockies which may spread to a few desert locations during the middle to latter part of next week.

In the meantime, areas of abnormally dry to moderate drought conditions are likely to continue to expand over the region. Only heavy rain and mountain snow from this past winter and resultant runoff into streams and rivers are holding back more serious conditions at this point.

People are urged to be extra careful with campfires and power equipment anywhere the vegetation has dried out. Sparks or heat from the exhaust system of vehicles can easily start a blaze.

Lakewood, CO: In the Fire Service, we often speak of the 5 E’s of Community RiskRead More