The Road to No More Victims – Impaired Driving Month 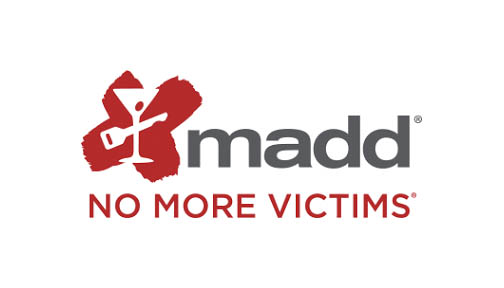 My son Dustin had unforgettable, fiery red hair and a huge, goofy grin. He loved to make people laugh. One summer night shortly after graduating high school, Dustin got a ride with a 19-year-old driver who had alcohol and drugs in her system.

Seat-belted and sober, Dustin was riding in the back seat when the driver lost control of the car, ran into an embankment and launched the car into a river. The driver and front seat passenger escaped. Dustin could not, and he drowned.

As the immediate past president of Mothers Against Drunk Driving (MADD), I represent hundreds of thousands of people like me whose lives have been tragically, irreversibly changed by someone else’s decision to drive while impaired. To end impaired driving, we need to talk about it, and since April is Alcohol Awareness Month, there’s no better time to have this discussion.

Impaired driving is a complex issue that grows more urgent by the day with the increasing prevalence of drug-impaired driving. Drugged driving is finding its way into the evening news and morning headlines across the country as a growing number of Americans get high and sometimes even overdose behind the wheel. Even more troubling, these drivers often combine substances like alcohol, marijuana and opioids, which exponentially increases their impairment and the likelihood of causing a fatal crash.

Our response to this issue must be comprehensive. The United States has been successful over the past three decades in drastically reducing the number of impaired-driving fatalities through effective legislation, increased enforcement, stepped-up education campaigns, changing societal norms and a greater recognition of the need for addiction treatment. Impaired-driving fatalities dropped for years but have recently begun to tick back up. Far too many Americans—10,874 in 2017—lose their lives each year to completely preventable crimes.

DWI courts are uniquely positioned to have one of the greatest impacts on impaired driving in our communities because they specialize in targeting and treating the population that poses the greatest threat to our safety: repeat impaired drivers with a substance use disorder.

We know that the first arrest is rarely the first time someone has driven impaired. In fact, studies estimate that an impaired driver has done so more than 80 times before getting caught. We also know that for many of these high-risk, high-need individuals, punishment alone simply will not change their behavior. DWI courts combine evidence-based treatment to address their substance use disorder with structure and strict accountability to change the behavior that attends it, including close supervision and tools like ignition interlock.

Research confirms that this approach significantly reduces impaired driving: participants in DWI courts are up to 60 percent less likely to reoffend than those sentenced to jail or standard probation.

Unfortunately, there are just over 700 of these programs in the entire country, far too few to serve every eligible offender. The National Center for DWI Courts is committed to expanding DWI courts to make our roads and communities safer, and I’m honored to partner with them in this work.

As a nation, we must have a greater sense of urgency. We must wage an unrelenting battle on the devastating, 100-percent preventable crime of impaired driving on our roadways. Clearly, our work is far from finished. But together, with your help, we can create a world with no more victims.